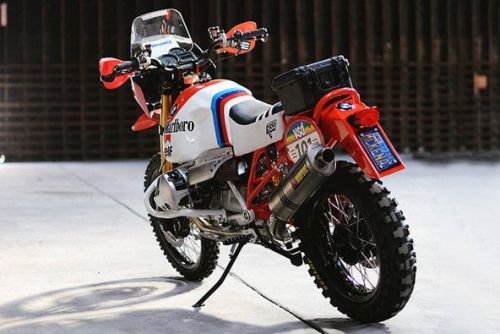 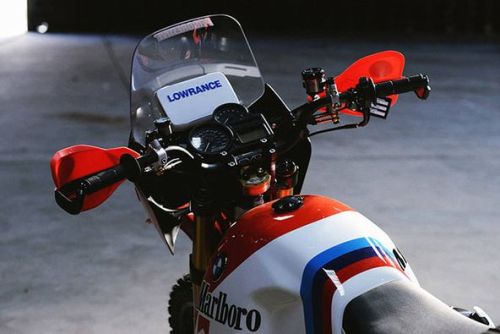 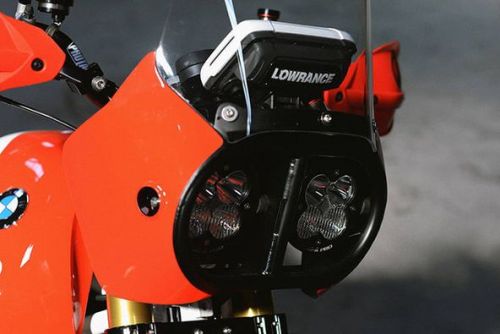 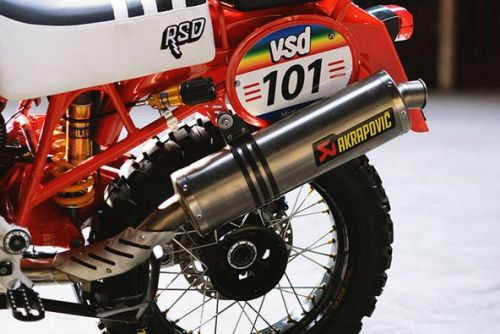 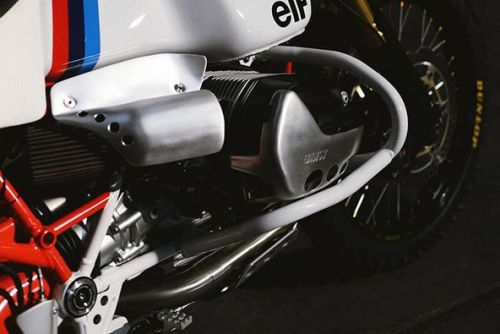 Widely recognized as the first true adventure motorcycle, BMW’s original R80 GS was a watershed model that quickly proved its off-road capabilities through winning four Dakar Rally titles across a five-year span. It’s this watershed machine that served as the inspiration for the latest one-off work to come out of Roland Sands Design’s Southern California headquarters, the “DAKAR GS.”Modeled after Gaston Rahier’s HPN-prepped, Marlboro-liveried GS—which achieved back-to-back Dakar victories in ’84 and ’85—the build started life as a 2008 R1200GS but has been transformed into a bonafide rally raider, receiving long-travel 45mm Ohlins-cartridged forks off an Africa Twin along with an Ohlins mono-shock in back. The front half of the GS’s framework’s been replaced with a unit off of an R9T and reinforced via a full suite of crash bars, a beefy skid plate, and cylinder head covers. The tank is a hand-formed retro-inspired unit, as is the front fairing and high-mount fender. Baja Designs headlights set in custom housing guide the way, while handguards, ProTaper Evo handlebars, a full navigation tower, a full Akrapovic exhaust, spoked Excel wheels, and a Marlboro livery complete the vintage Dakar look. RSD’s also released a capsule collection to commemorate the DAKAR GS.