Skip to content
BikerShootDecember 2, 2020BlogLeave a Comment on Stainless 1940 Harley-Davidson Knucklehead Has Oil Running Through Its Frame 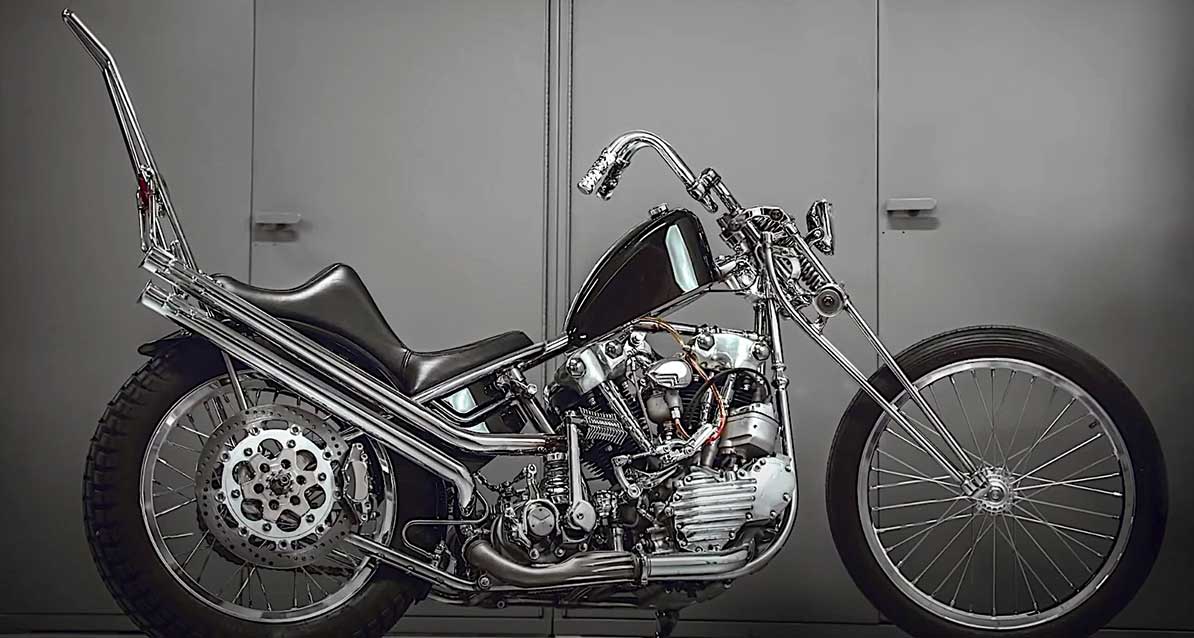 Just like car lovers, motorcycle enthusiasts around the world had to settle for online shows this year. In America, where the bulk of custom shops is located, that was nearly a tragedy in itself.

Most of the nation’s summer events – aside from Sturgis, obviously – were either postponed or canceled. Some bike makers, like Harley-Davidson, stepped in and tried their best to ensure people still have a means to show their creations.

For the Milwaukee-based company, that aid came in the form of The No Show, a Youtube-based series that featured back in June the machines created by 60 builders from 10 countries.

Among them was this 1940 stainless steel Knucklehead, coming our way from Buffalo, NY-based Christian Newman. Built a couple of years back, the bike is the winner of the People’s Champ competition, and the recipient of the prize for best Knucklehead at Born Free.

The build has stainless steel frame and fork, housing the slightly-modified 1940 Knucklehead engine, a narrower-than-usual transmission, and a reworked clutch. One of the most important custom touches involves the way in which that engine gets its oil.

According to the builder, there are almost no hoses on this bike. The oil gets into the engine directly through the frame, via the right-side chain stay, and gets back into its tank through the front downtubes.

Visually, the bike looks like a proper custom build centered around Harley hardware but also blends some elements from the automotive world. The front lens of the headlight, for instance, comes from a 1951 Chevrolet, while the rear lenses (there are two of them) have been taken from Hudson cars made in 1940 and 1941, respectively.

As a side note, had this year’s Born Free show taken place at the scheduled date, Newman says this stainless Knucklehead is not what he would have brought. Instead, the builder was planning to show another stainless steel machine, in the form of a turbo flathead.