Most folks know of Roland Sands and his company Roland Sands Design. Recently he and his team took a 2008 R1200GS and transformed it into a homage to the 1980s rally bikes that took on the Paris-Dakar Rally.

Sands drew inspiration from an R80GS that was built by racing specialists HPN-Motorradtechnik. That bike was ridden by Gaston Rahier in the 1986 Paris-Dakar Rally.

The bike that Sands crafted was named “Dakar GS,” which is a fitting title. The bike has 45mm telescopic fork legs with an upgraded Ohlins cartridge kit taken from a Honda Africa Twin. This took some doing because of BMW’s unique Telelever front suspension setup. To make it work, the team used a front end from a 2018 BMW R nineT. 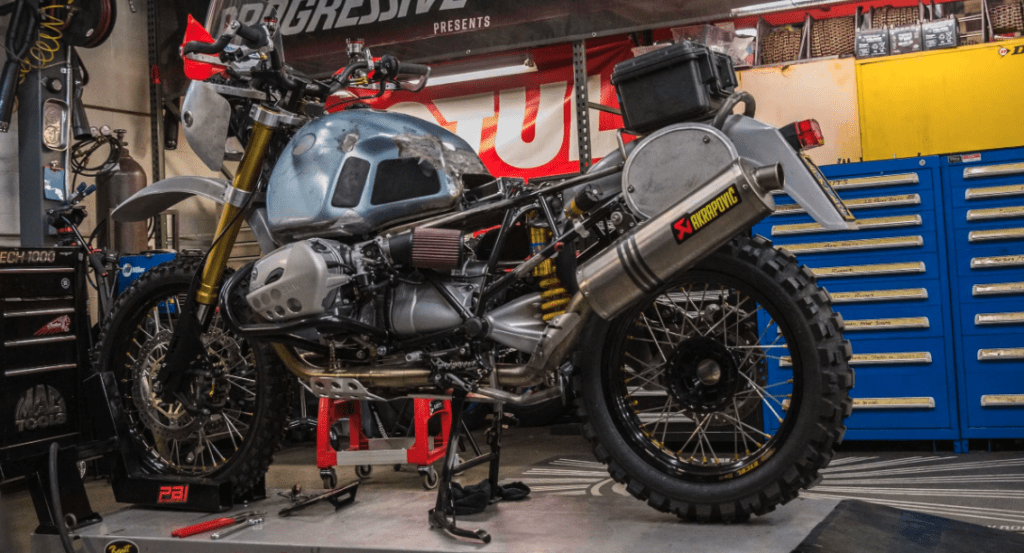 At the back of the bike, things weren’t so difficult. Sands and his team could simply fit a stock Ohlins shock to manage the travel of the rear swingarm. From there, the team robbed the R nineT of its oil cooler and added plenty of RSD custom parts. They also added AltRider guards, a Touratech aluminum skid plate, and SW Motech engine crash rails.

The bike also features Dubya USA custom wheels (a 21-incher up front and an 18-incher in the rear) that are shod in Dunlop D908RR Rally Raid rubber. The subframe is more or less original to the 2008 GS. Some small alterations were made to fit the Saddlemen seat and survival box. There’s an Akrapovich exhaust and a Baja Designs XL Pro LED headlamp housed in a custom fairing. 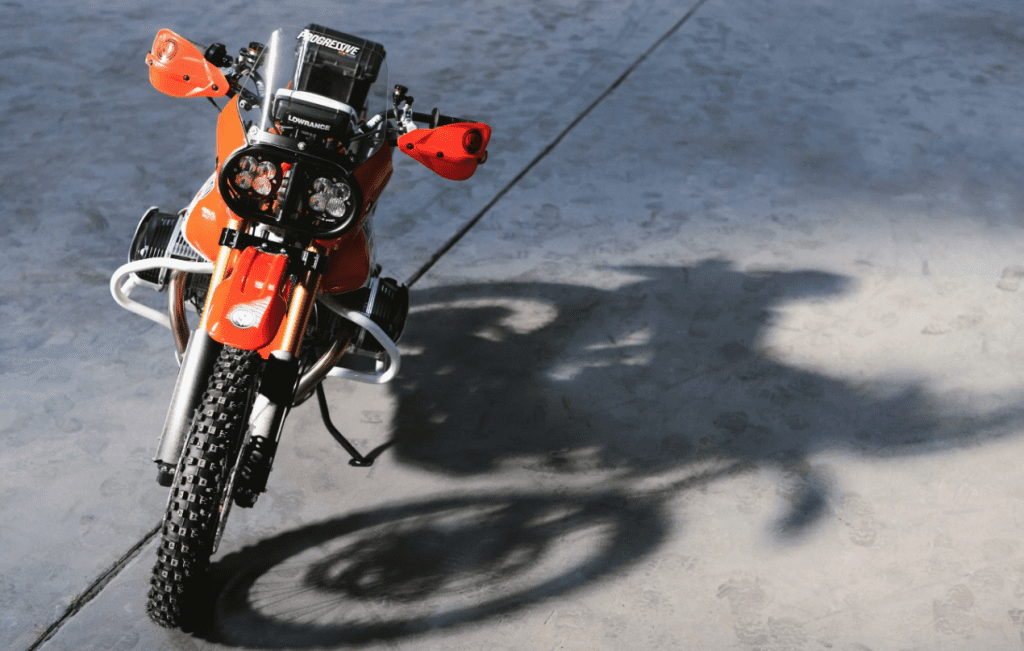 The gas tank was altered by RSD’s team and was painted in the classic livery by Airtrix. There are some ProTaper Evo handlebars and AEM Factory Titanium/carbon fiber brake and clutch levers as well as a Raceco custom rally tower. There’s also a Lowrance Elite-5 Ti GPS.

The RSD team said the entire process is repeatable for the right price. I’d imagine it would have to be a whole lot of money to make that happen, though.