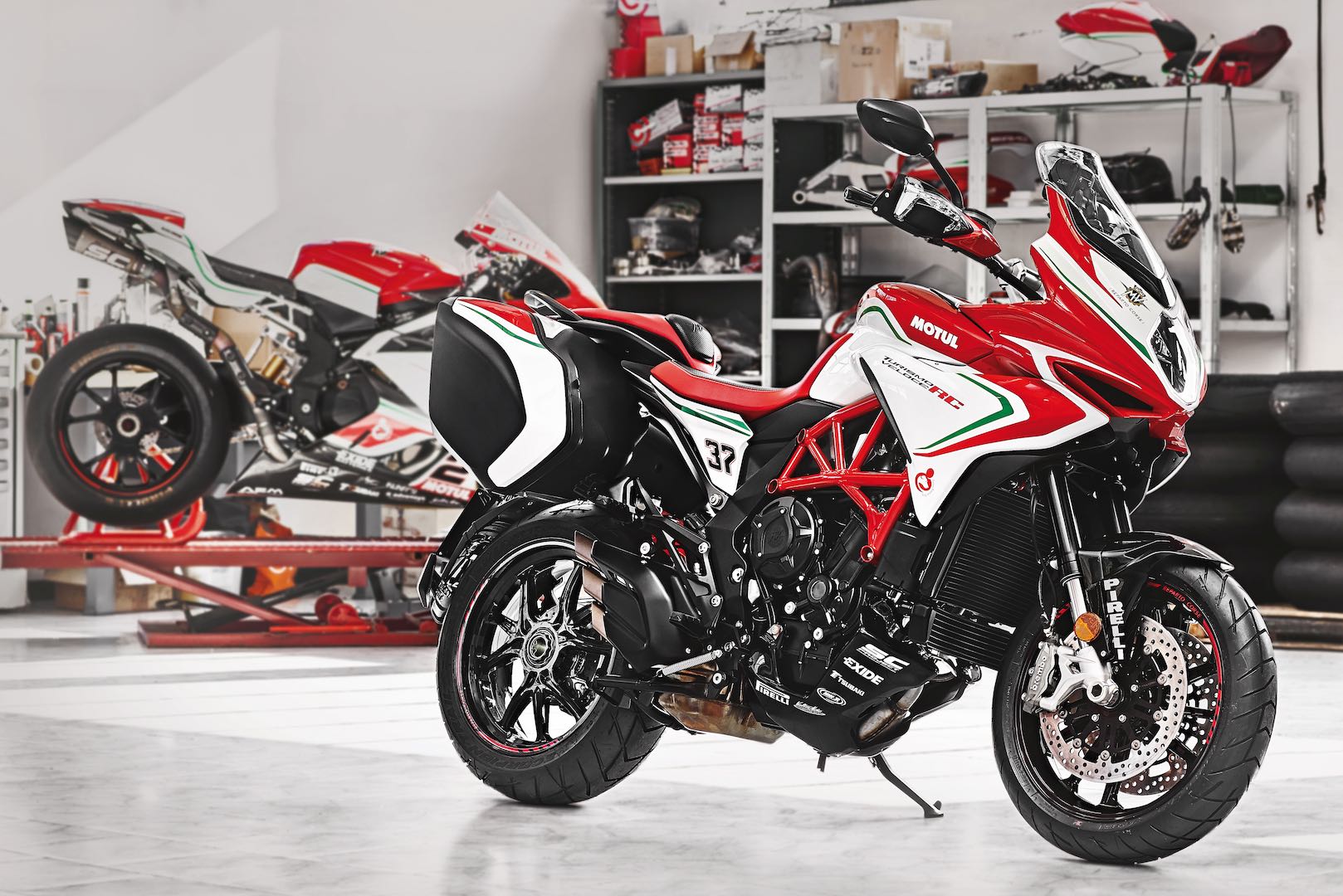 MV Agusta has announced a partnership with Hertz Ride to offer some of their touring bikes for hire in Italy and France.
The company also operates in Portugal, Spain, Austria, Slovenia, and the United States, but so far the deal only involves the motorcycle manufacturer’s home country of Italy and France.
MV Agusta Turismo Veloce 800 Lusso SCS and Dragster Rosso will available for rent initially in those two countries, followed by Portugal and Spain early in the 2021 riding season and then the USA.
It seems a strange time to be launching the motorcycle hire strategy in the middle of a second wave of the coronavirus pandemic.
However, MV Agusta has shown its intentions before of branching out into the travel industry.
They extended that with the launch of their “Emotion Road” program, hiring out their Turismo Veloce 800 for tours throughout Italy.
The program was developed with travel company Novara Pop Srl and the support of the Italian tourism industry.
Now they are branching out even further.
And the addition of the Turismo Veloce 800 Lusso SCS makes sport touring even more practical as it allows the rider to use a conventional clutch to change gears or ride in semi-automatic mode, thanks to the Rekluse clutch.
Let’s just hope the borders start opening soon and we can take advntage of this offer!