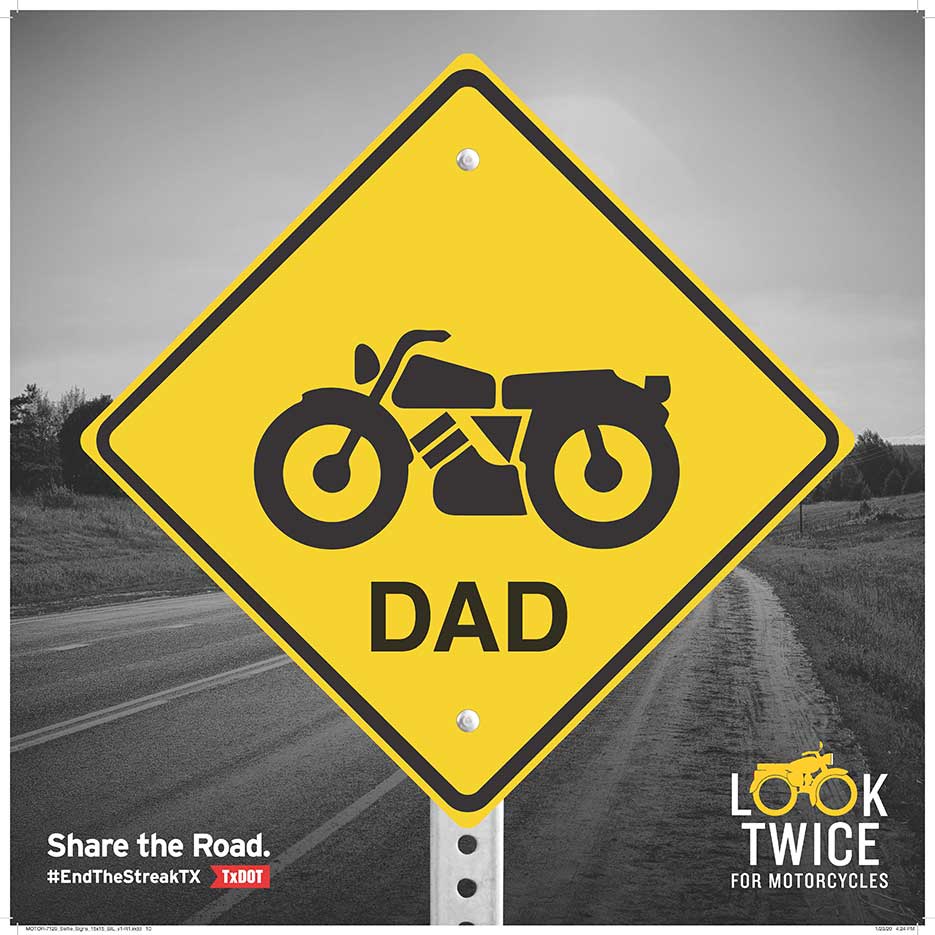 The California Highway Patrol is recognizing May as Motorcycle Safety Awareness Month.

The department says as the weather warms up, more and more motorcycles and cars are expected to be hitting the road. Preliminary data from the CHP’s Statewide Integrated Traffic Records System show more than 500 people were killed in motorcycle-involved crashes in California in 2020 and more than 11,500 people were injured.

Here in Kern County, at least eight people have died in motorcycle crashes so far this year.

The CHP is asking motorcyclists to be responsible and properly equipped. They’re also asking drivers to watch out for motorcyclists on the road.

The warming weather and increasing number of vehicles traveling on California’s roadways offer a timely reminder of the importance of motorcycle safety awareness for motorcyclists and motorists alike. By recognizing May as Motorcycle Safety Awareness Month, the California Highway Patrol (CHP) emphasizes safe riding and driving practices for everyone.

“Motorcyclists who are responsible, informed, and properly equipped can help reduce rider deaths and injuries,” CHP Commissioner Amanda Ray said. “Motorists are also key to reducing crashes by being aware of the dangers and challenges of motorcycle riding. Taking the time to look twice for motorcyclists can save a life.”

“Motorcycle riders are more vulnerable out in the elements, which is why it is important for drivers to always be mindful of riders,” California Office of Traffic Safety Director Barbara Rooney said.

With more than 1.4 million licensed riders, motorcycles are a popular mode of transportation for Californians, another reason motorcycle safety awareness is paramount. Preliminary data from the CHP’s Statewide Integrated Traffic Records System show more than 500 people were killed in motorcycle-involved crashes in California in 2020 and more than 11,500 people were injured.

As part of its continual motorcycle safety program, the CHP strongly encourages all riders, new and experienced, to enroll in the California Motorcyclist Safety Program (CMSP). The CMSP has 98 training sites throughout the state and trains approximately 55,000 motorcyclists each year. For more information or to find a training site near you, visit californiamotorcyclist.com or motorcyclesafetyca.com.

Motorcyclists can help protect themselves by always wearing the proper safety gear, including a U.S. Department of Transportation-compliant helmet, observing the speed limit, riding defensively, and always riding sober. Drivers should always look at their mirrors and blind spots before changing lanes and always keep a safe distance.

The mission of the CHP is to provide the highest level of Safety, Service, and Security.

TxDOT urges motorists to ”Share the Road: Look Twice for Motorcycles’
from https://www.heraldbanner.com

Despite less traffic on the road in 2020 and a 2% reduction in motorcycle crashes, safety officials are alarmed by a 17% increase in Texas motorcycle fatalities compared to 2019. On average, a motorcyclist is killed in a crash on Texas roads every day—last year 482 died. Motorcyclists account for 12% of all traffic fatalities statewide.

May is National Motorcycle Safety Awareness Month, and the Texas Department of Transportation’s annual “Share the Road: Look Twice for Motorcycles” campaign gets underway to call attention to the safety precautions motorists can take to protect motorcyclists and themselves. In 2020, in the 7,481 motorcycle crashes in Texas, 1,856 motorcyclists were seriously injured and 482 were killed.

“May through October is an especially dangerous period for motorcyclists in Texas,” said TxDOT Executive Director James Bass. “Of all the motorcyclist deaths in Texas during 2020, more than 61% happened in that period. It’s so important to remember that these motorcyclists don’t have the same protections that drivers in vehicles have, and that’s why we’re urging all motorists to stay watchful and alert when traveling alongside motorcycles so everyone can reach their destination safely.”

The Texas Transportation Institute (TTI) reports that fatal crashes between motorcyclists and drivers often occur when drivers misjudge the motorcycle’s distance and speed and make left turns in front of an oncoming motorcyclist. Last year, almost one-third of Texas motorcycle fatalities occurred in an intersection or were intersection-related. TTI also points to driver inattention as a contributing factor to motorcycle crashes.

TxDOT has these safety tips for drivers to protect motorcyclists and prevent crashes:

The “Share the Road: Look Twice for Motorcycles” campaign is a key component of #EndTheStreakTX, a broader social media and word-of-mouth effort that encourages drivers to make safer choices while behind the wheel, like wearing a seat belt, driving the speed limit, never texting and driving and never driving under the influence of alcohol or other drugs. November 7, 2000 was the last deathless day on Texas roadways. #EndTheStreakTX asks all Texans to commit to driving safely to help end the streak of daily deaths on Texas roadways.

Texas Motorcycle Fatalities Increased by 17% in 2020
by Demetrius Harper from https://www.nbcdfw.com

More than 2,300 motorcyclists were killed or seriously injured on Texas streets and highways last year.

The Texas Department of Transportation says the number of motorcycle riders killed on Texas roadways spiked in 2020.

TxDOT said 2,300 motorcyclists were killed or seriously injured on Texas streets and highways in 2020. Of the nearly 7,500 crashes involving motorcycles that were reported in 2020, 482 were fatalities — a 17% increase over the year before.

The Irving Police Department made a similar plea last month after a motorcycle officer was seriously injured when he was struck by a driver who turned in front of him.