Kawasaki’s midrange motorcycles are known for their versatility in today’s market. The 650 class from Kawasaki has proven its utility even though they ultimately lack in performance when compared to other major players in the middleweight class. Kawasaki has proven success across multiple markets with their Ninja 650 and Z650 model sales.

As mentioned in RideApart, the updates to the Ninja 650 for 2021 have almost nonexistent with the exception of some updated color schemes. This comes as no surprise as Kawasaki unleashed an array of premium features in 2019. Therefore Kawasaki doesn’t really need to justify the lack of changes in the 2021 Ninja 650.

The Ninja 650 is powered by a liquid-cooled, 649cc parallel-twin engine, capable of 66 horsepower. The horsepower output from the Ninja 650 is enough to get the job done without being “too much” for a novice rider. The Ninja 650 also comes with a full-color display which competitors have yet to include on their midclass motorcycles.

So you’ve been waiting for the shiny new colorways, well here they are. The 2021 Ninja 650 will be sporting Metallic Spark Black with Metallic Imperial Red accents. Kawasaki will also roll out their signature Lime Green with Ebony color scheme. The new Ninja 650 can be expected for release on global markets within the coming months. 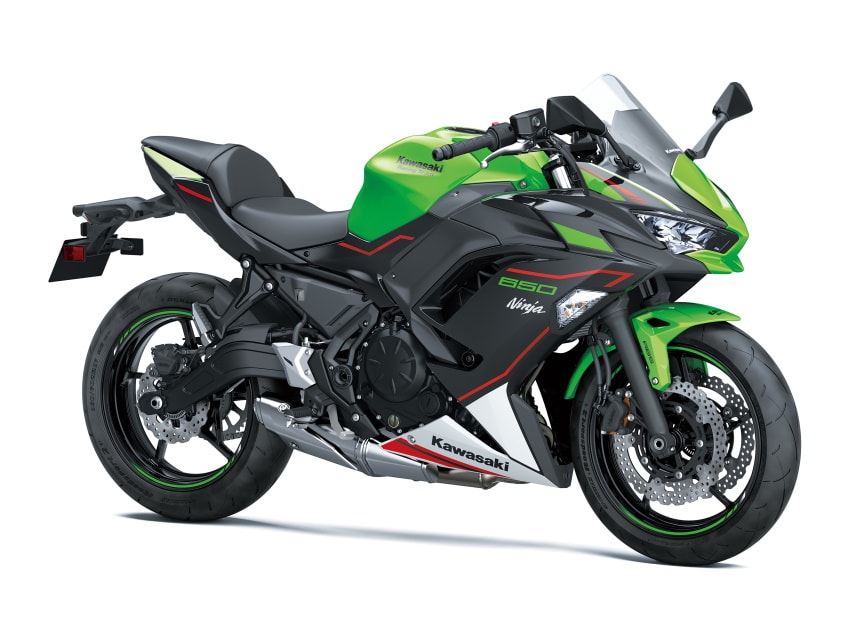