I have a frank admission to make. The loutish, greasy-haired and greasy-handed Aussie hooligan you see right here is actually a mate of mine. Ok, don’t judge me. I wasn’t at the photo shoot to advise him not to stick his middle finger up for athe press photo. In fact, there’s a lot of things Mr Rodsmith says and does that aren’t exactly advisable. It’s a little-known fact that he used to be a drummer in a ’70s punk rock band. If he had a PR manager, they’d be dead from stress right about now.

But you know what? I wouldn’t want him to change a thing. And that’s because despite all his jokes, ‘rough around the edges’ habits and constant c-bombs, he is a genuine, honest and trusting guy who – like alot of Aussies that rise to the top of their fields – has a strong work ethic, an uncanny knack to cut through the B.S. and is just plain talented. Oh, and he also builds killer customs. I chatted with him last weekend.

*All photos courtesy of Grant Schwingle 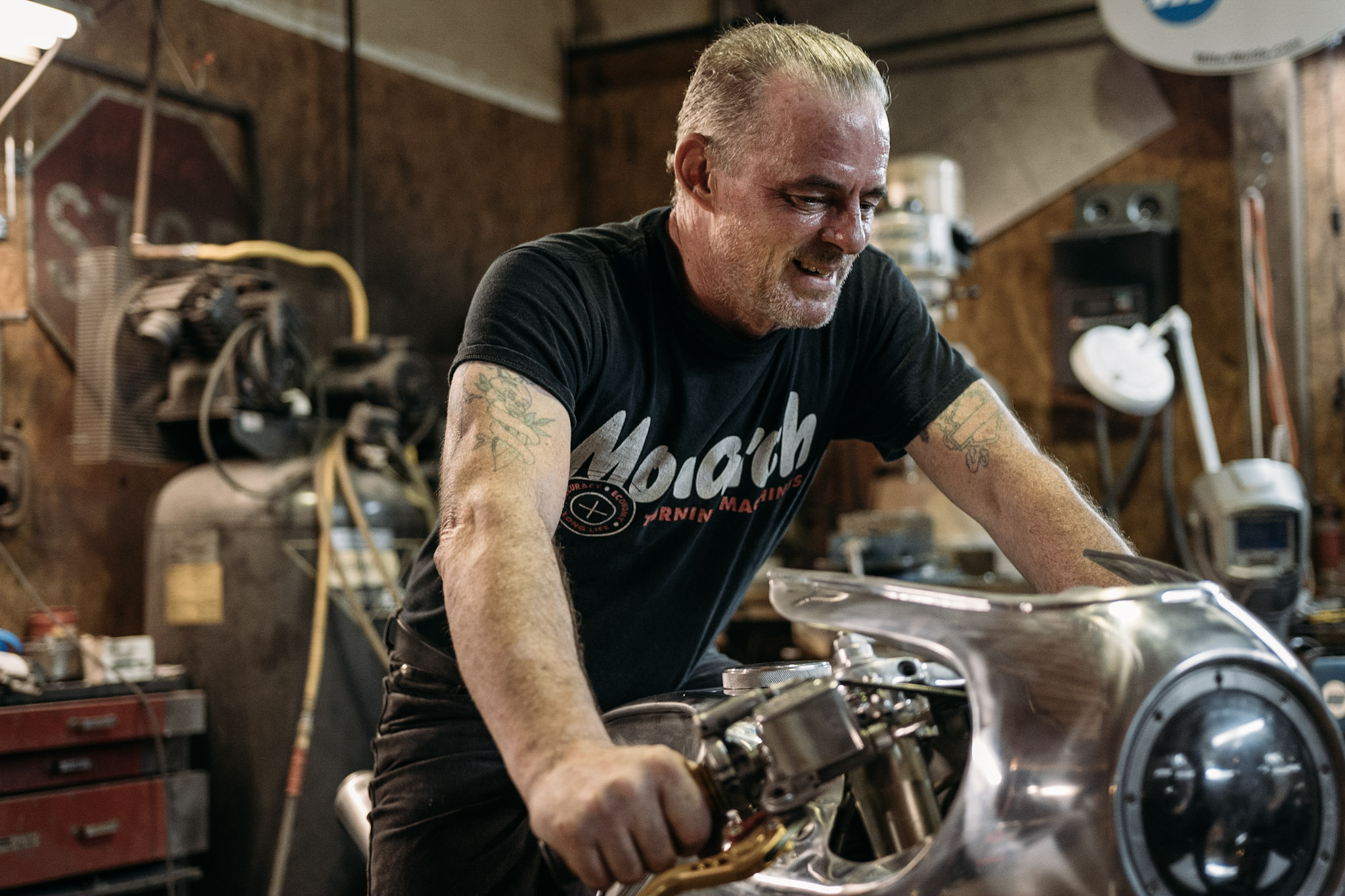 Hit the link for the full review