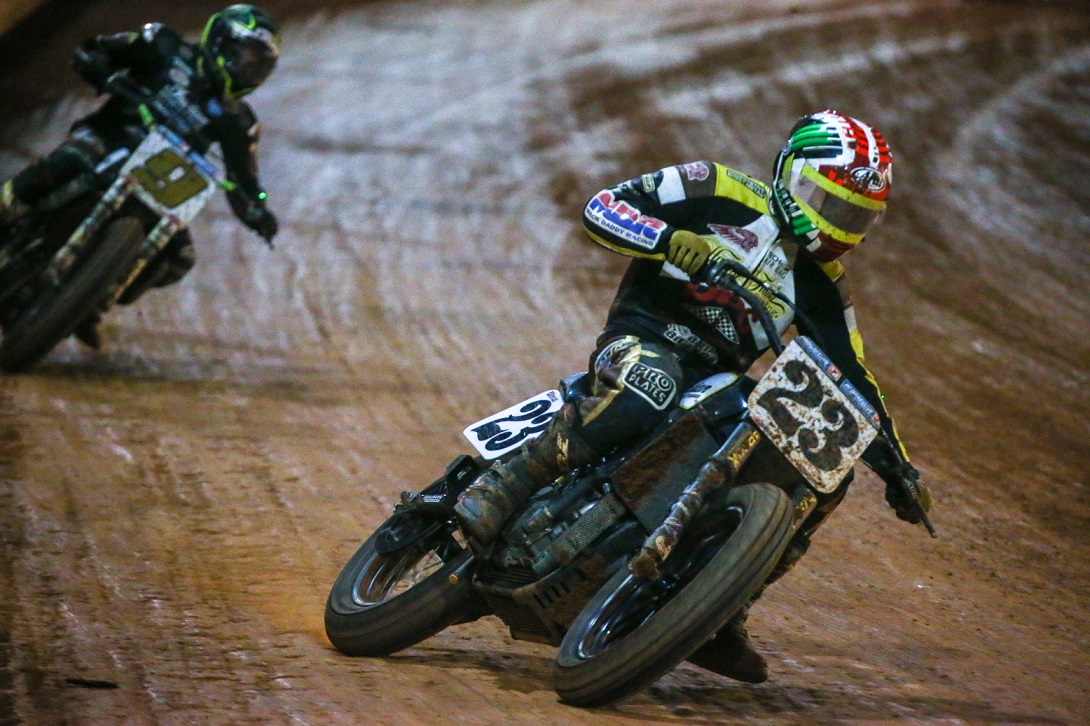 CHARLOTTE, N.C. (October 10, 2020) – Indian Motorcycle Racing, presented by Progressive Motorcycle Insurance, and its championship-winning FTR750 put its dominance on full display once again, sweeping the podium in this past weekend’s Charlotte Half-Mile. In thrilling fashion, Indian Motorcycle Privateer Jeffrey Carver Jr. was able to surpass Wrecking Crew riders Jared Mees and Briar Bauman to take home his first win of the season. Mees and Bauman finished second and third, respectively, as they battle for the 2021 AFT SuperTwins Grand National Championship.

At the outset of the race, Mees and Bauman separated themselves from the pack and seemed well on their way toward a head-to-head finish. However, the complexion of the race changed dramatically when a red flag came out and forced a staggered restart. While Mees and Bauman exchanged passes through nearly every turn, Carver seized his opportunity and overtook both Mees and Bauman. Though Mees remained intent on capturing his third-consecutive win, Carver was successful in fending him off. The second place-finished proved vital to Mees’ season as it brought him to within nine points behind the reigning-champion Bauman in the season points standings.

“We’re really proud of our team for the show they’ve continued to put on this season,” said Gary Gray, Vice President – Racing, Technology and Service for Indian Motorcycle. “We know that both Briar and Jared are going to cut it loose in these remaining two races and we’re excited to see who takes home the No. 1 plate.”

The 2020 American Flat Track season concludes on October 16-17 at the Progressive AFT Finale Doubleheader at Daytona International Speedway in Daytona Beach, Florida. For more information on Indian Motorcycle Racing, visit  IndianMotorcycle.com and follow along on Facebook, Twitter and Instagram.