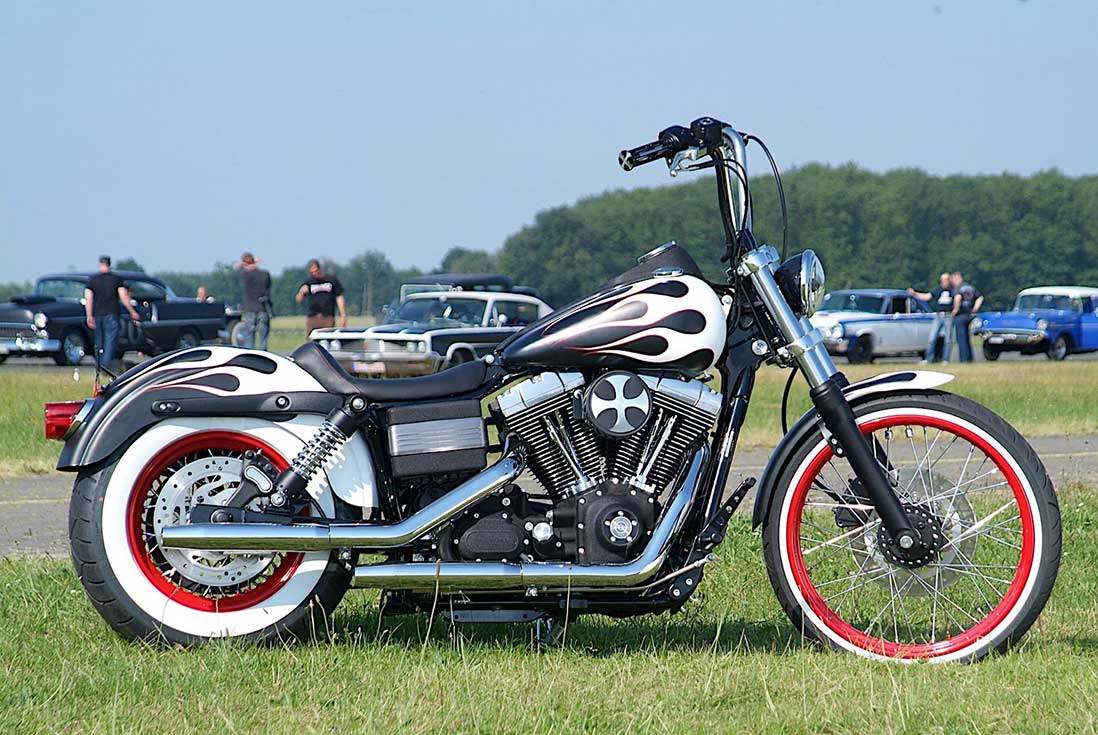 For people living in most parts of the world, motorcycle riding is pretty much over this year. Winter is upon us, and two-wheelers are being tucked away until the hot days of the spring and summer reach us once more.

But as we prepare to celebrate Christmas, we can’t stop from continuing to show you the incredible builds coming from Germany, out the doors of a garage called Thunderbike. For the past 25 years or so, these guys have rolled out literally hundreds of Harley-Davidson-based builds, and their work only seems to be accelerating.

For today we’ll focus on a slightly older project of theirs. Called Street Devil, it too is based on the Street Bob (a 2006 model), one of the favorite canvases of the shop.

As usual, the bike has been modified in key areas, namely by tampering with existing or adding new hardware – these new parts are either of Thunderbike or Harley make.

The bike’s twin-cam engine has remained pretty much unchanged, but breathes through a new shotgun exhaust with tapered mufflers made by the Germans. They are also responsible for the engine cover, air cleaner, grips, forward control kit, and seat.

The Americans supplied the fuel and oil tanks, rear fender, shortened front end (by 2 inches), and the lowered suspension (by 1 inch), among others.

The bike rides on custom wheels wrapped in Avon tires and the front and Metzeler at the rear. Just like the rest of the build, and to be in tone with it, the wheels come in red and white – the graphics on the motorcycle is the work of Thunderbike’s favorite partner in this area, Kruse Design.

The shop gives no indication as to how much the build of the Devil cost to make. Usually, we have a way of giving you an estimate on the cost, because Thunderbike uses mostly in-house made parts, and we know the pricing for those. But given the large quantity of Harley hardware still fitted on this one – and we’re not being told from where they were acquired – this is an almost impossible task.