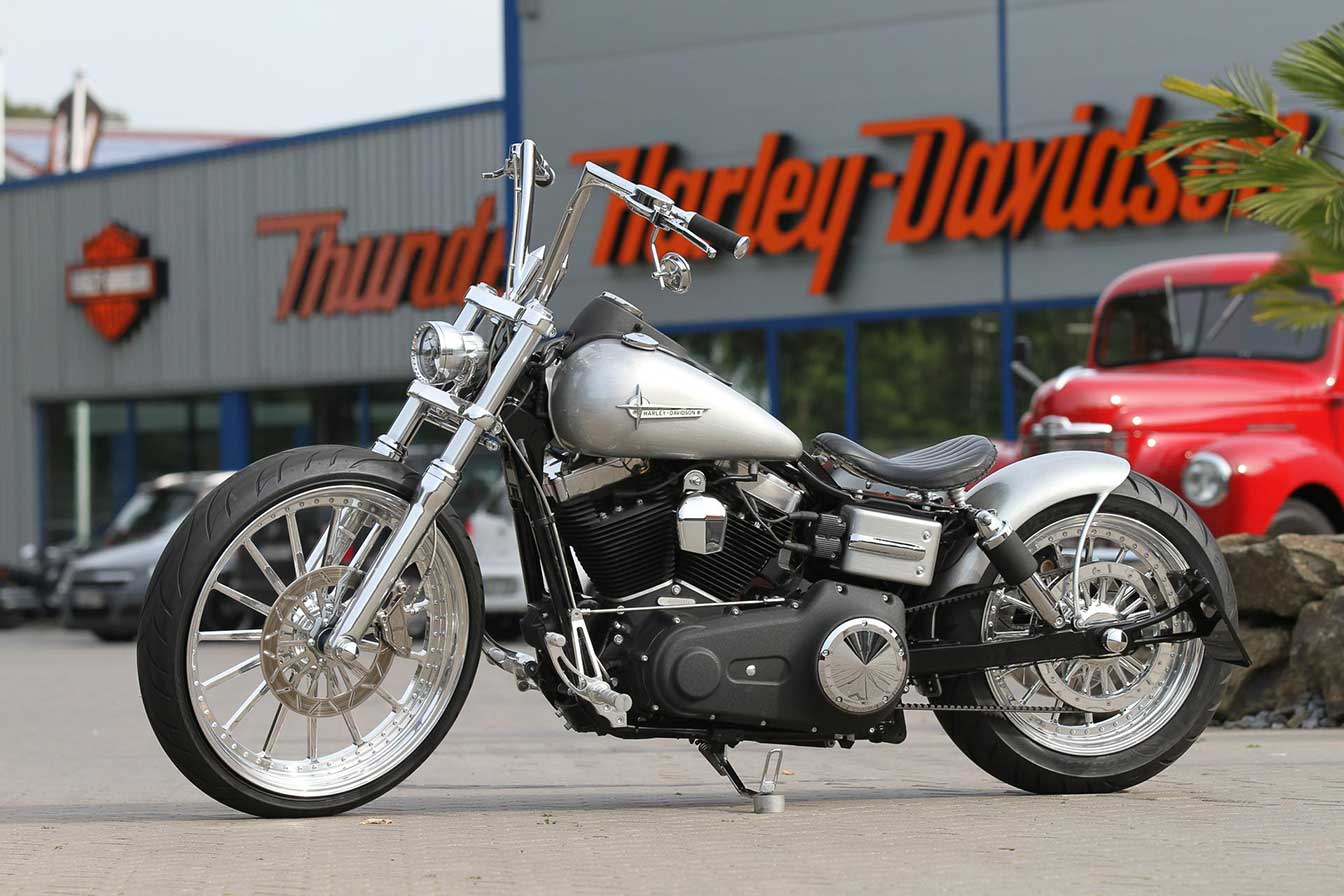 Say the words Silver Shadow, and the mind immediately links that with Rolls-Royce. The moniker has been around in the Brits’’ portfolio in various guises for about 15 years starting with 1965, but it is still talked about and admired to this day.

But how about a Harley-Davidson wearing the name Silver Shadow? Why not slap the moniker on something perhaps even more exciting in terms of thills, such as a custom motorcycle build, made in Germany of all places?

That’s what our favorite European motorcycle garage, Thunderbike, did with this former Harley-Davidson Street Bob FXDB. Not only did the shop modify it, but the bike was christened Silver Shadow in honor of, well, not the Rolls-Royce machine, but all that silver that adorns its body.

The modifications come in the usual Thunderbike packages, meaning the usual elements have been changed or tampered with in some manner. There’s a new and massive fender at the rear, the saddle is a single-seater designed to give the build a more bobber-like look, and there are custom wheels holding the frame and engine (the powerplant is unmodified, as far as we can tell) upright and off the ground.

The silver that gives the bike part of its name is abundantly used all over the motorcycle, from the rims of the wheels, to the front fork and even on the handlebars, and of course of the fuel tank.

Just like it normally does, Thunderbike makes no mention of how much it cost to put this two-wheeler together. The shop does list some of the parts used for the project, as they are being sold to Harley owners across Europe from their website, and a simple math exercise gives us a value of close to 3,000 euros (about $3,500), but that doesn’t include many of the hardware used, like the fender, tank, and brake discs.