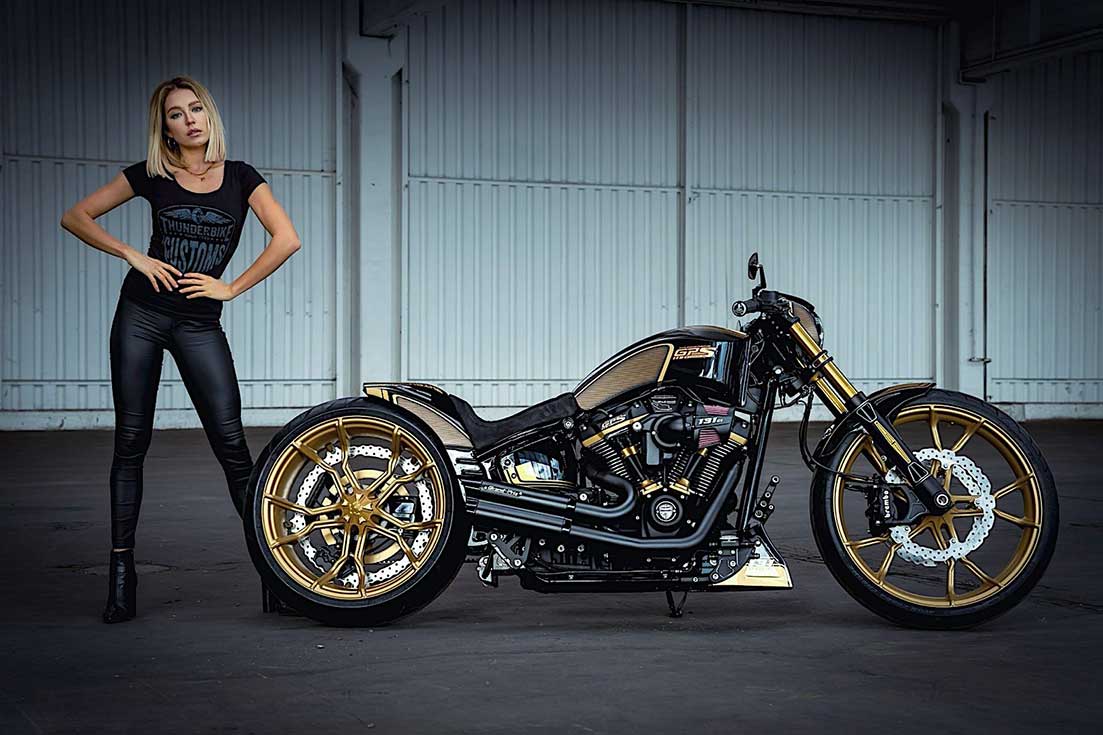 We have no idea how many Harley-Davidson shops are out there. However, we do know that no matter the number, very few have the capability of making so many builds to form entire families of custom bikes. The Germans from Thunderbike are part of those few.

We’ve featured this shop extensively this past year because of two reasons: first, their projects are literally unique in the Harley world, and second, they keep on coming. This Christmas treat: the GP S Le Mans.

The motorcycle is based on the Breakout and is part of a larger family of builds dedicated to race tracks. We’ve already seen the Silverstone, or the Laguna Seca, and it was about time one of the world’s most famous circuits, Le Mans, got its own Harley tribute.

Described as the “new mega flagship from our exclusive GP series,” the Le Mans is simply breathtaking. Powered by a Stage IV 131-ci engine good for 123 hp and 178 Nm (131 lb-ft) of torque, the unlikely Breakout rides on massive 21- and 23-inch wheels behind which sit huge brake discs.

The rear wheel is accompanied by a shock absorber that allows the ride to be lowered and raised, not unlike an air ride suspension. The fork also holds an adjustable system, this time in the form of a new damper system.

In all, more than 20 different custom parts made their way into the build, ranging from license plate lighting to the Stage IV kit slapped on the engine and the custom exhaust, but all that pales when faced with the paint scheme chosen. The work of Thunderbike’s favorite partner in this field, Kruse Design, it is supposed to accentuate “the sporty format of the bike.“ And they kind of nailed that.

As for the cost of the conversion, an exact sum is not known. We were able, based on the parts listed as used, to estimate it at around – hold on – €40,000, which is roughly $49,000. That does not include the base bike, man-hours, and paint job.