Skip to content
BikerShootMarch 30, 2021BlogLeave a Comment on Harley-Davidson Fat Boy on 52-Spoke Wheels Is a Sight to Behold 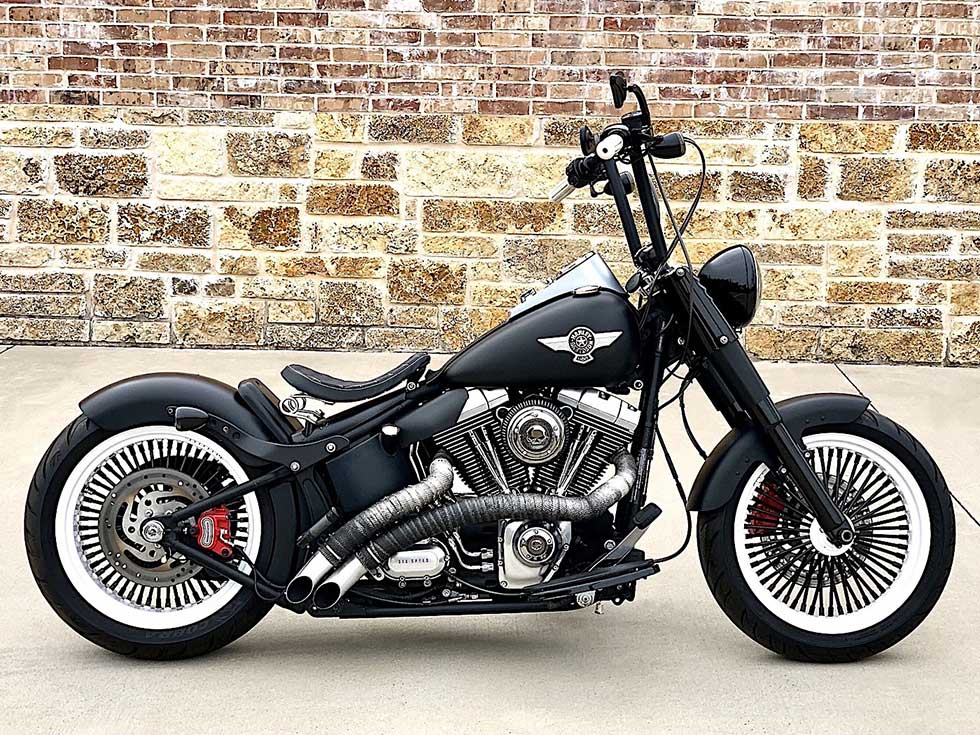 You don’t have to be the owner of a motorcycle shop to be able to make your own incredible designs. All you have to do is have some ideas, pitch them to the right crew, and then get ready to pony up the bill. And someone seems to have nailed all these requirements with the 2011 Harley-Davidson Fat Boy we have here.

The bike you’re looking at is a 2011 model year, but it doesn’t look like one thanks to over $9,000 spent on modifying it. In charge of that was a Corinth, Texas-based shop called American Eagle, and it seems like they more than lived up to their end of the deal.

In our view, the change that stands out the most has to do with the wheels. The original ones were replaced by DNA Mammoth pieces with so many spokes it makes one dizzy to look at. There are 52 of them on each of the 18-inch wheels, all of them black and beautifully offset by the white rims.

But these are not the only changes made to the two-wheeler. At the back the bike received a custom lowering kit, and a solo spring-saddle in leather. At the front, we get a slim fender, black upper and lower fork slider covers, and 12-inch, ape-style handlebars with white grips.

As for what powers the bike, the shop did not change that for something else, but improved on it. The stock 96ci powerplant was gifted with Screamin’ Eagle gray exhaust wrap, a Stage 1 air cleaner kit, and a Smokey Chrome air cleaner cover.

The bike is presently for sale on Hemmings with about 6,600 miles (10,600 km) of use on it. Despite the upgrades that went into it, and the way it looks, it doesn’t seem to impress people all that much, as for now just $7,100 have been pledged for it, with eight or so days left in the auction.