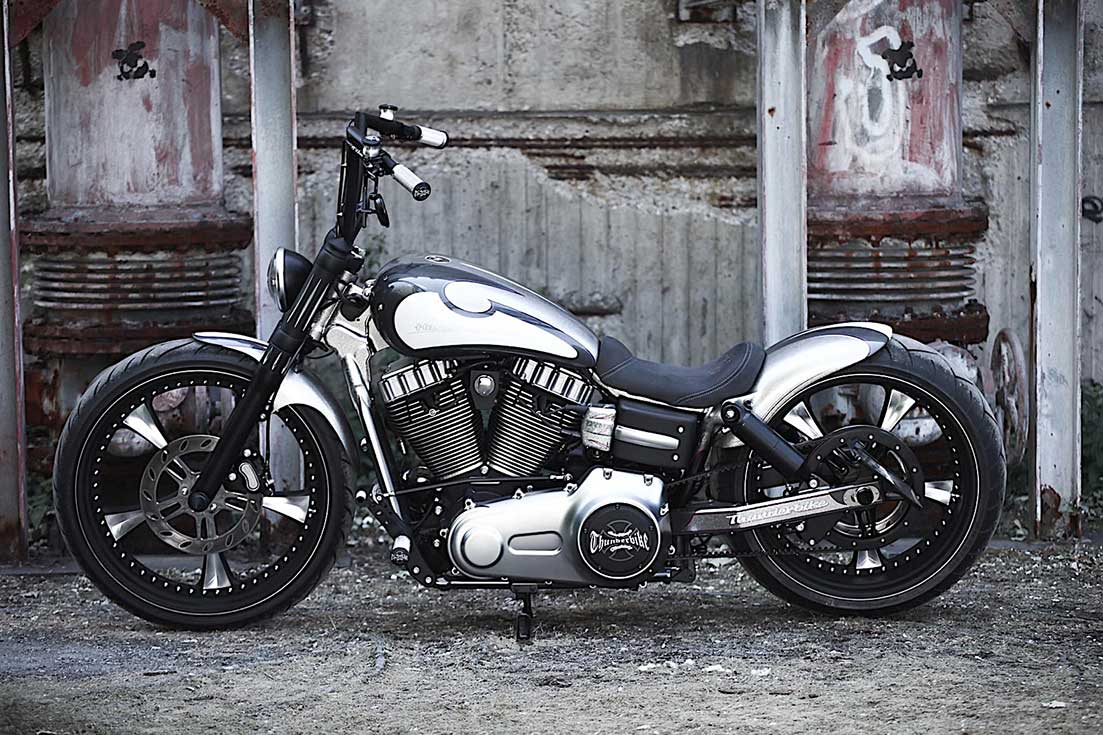 The beauty about the custom projects, be it the car or motorcycle ones, is that generally speaking these products never get old. No matter when a build was made, and no matter how old the base for the project was, many of these creations still turn heads, cause a stir, or ignite debate once they come into the spotlight.

Take this 2010 Harley-Davidson Street Bob, for instance. Or should we say, the Dynamight, as this is its post-conversion nickname, bestowed upon it by the garage responsible for its coming into the world, the Germans from Thunderbike.

Completed a while back after a two-month effort, the motorcycle is a great representative of what custom Harleys mean over in Germany, even if, at first glance, it kind of does not look aggressive, as Thunderbike bikes usually do, but cutesy, like a metal panda of sorts.

But truth be told, it’s anything but. Packing the original 96ci engine, the bike breaths through a custom exhaust system, rides on 23-inch front and 21-inch rear wheels, and bows on an air ride system.

There is a long list of parts that went into the build of this two-wheeler. Thunderbike itself is responsible for most of them, from the rocker boxes and air cleaner to the fuel tank and forward control kit.

The clutch and brake cylinder are from Rebuffini, the speedometer was made by Motogadget, tires from Avon (front) and Metzeler (Pirelli, rear), while the painting is the work of a shop by the name Kruse Design.

We are not given any hint as to how much the entire build cost to make, but we do have the list of some of the parts used and their prices. Simple math gives us a guesstimate of at least 6,500 euros (about $7,800 at today’s exchange rates) – but that does not include a wealth of parts, the base bike, the man-hours invested in it, and paint job.