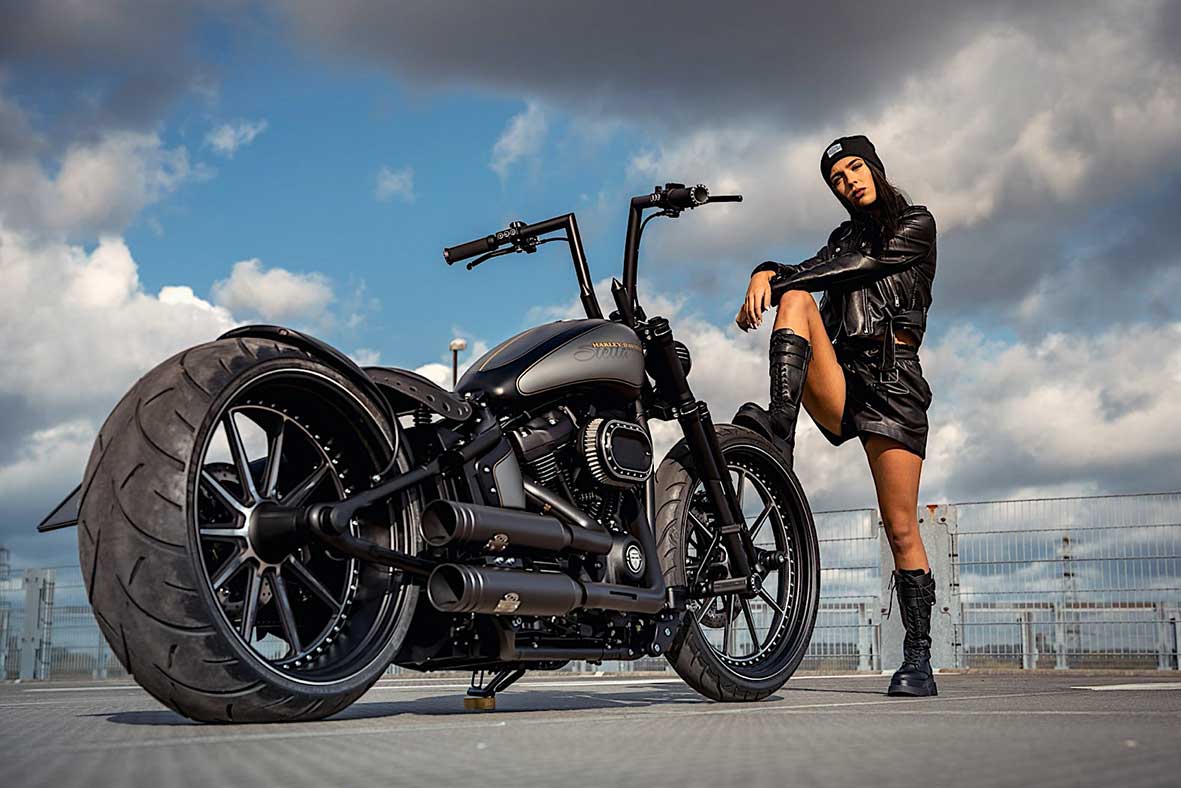 Historically speaking, the name Harley-Davidson has generally been associated with males. That’s because, for one, it is mostly males that ride them, and second, because we can’t really remember a Harley bike wearing a girl name.

But the naming policy that led to bikes being christened Iron, Street Bob (or the same Bob, only Fat), or Road King does not apply to the custom industry. It is there and only there where you can find, for instance, a Breakout called Stella.

The build by this name is the work of German custom shop Thunderbike, a regular on this scene for the past 20 years. Although the bikes the Germans make are at times incredible, the way in which they name the finished projects is sketchy to say the least. Probably knowing that, their latest customer asked for the customized Breakout he ordered to be called Stella, after his daughter.

Inspired by an older build of the garage called Mitch, Stella has been customized in the usual Thunderbike way, with a big focus on six main elements: fender, saddle, tank, wheels, fork and air ride.

Sporting an air ride suspension kit that allows for up to 10 cm height adjustment, Stella rides on custom wheels, sized 21 and 23 inches, and wrapped in Avon tires.

It looks different from stock Breakouts not only because of the above modifications, but also thanks to a host of others. The aluminum tank and rear fender were welded by hand, there’s a special and short Dr. Jekill & Mr. Hyde exhaust system on one side, and a leather saddle made to match the looks of the build.

You can have a look at all the parts used on this latest build from Thunderbike at this link. Don’t expect to get an idea of how much the project is worth, as the Germans are not in the habit of revealing that. We punched in some numbers though, as they appear in the garage’s inventory, and the around 30 different items used to complete this motorcycle amount to some 15,000 euros. That’s the equivalent of roughly $17,700 at today’s exchange rates, or dangerously close to the starting price of the bike in factory form.