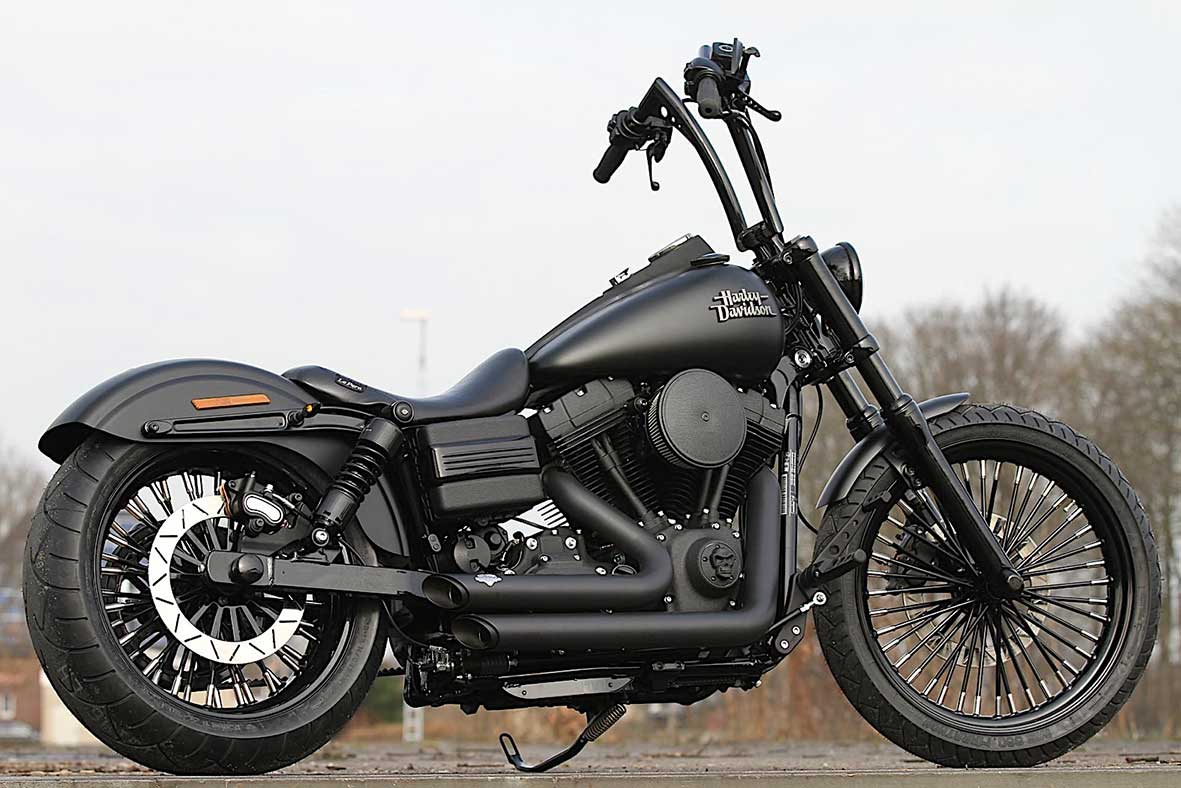 Wheels play a big part in the final look of both cars and motorcycles. Sure, together with the type of rubber they are shoed in wheels play a crucial part in the car’s performance or fuel consumption, but they are extremely important in determining a successful or less so build, visually speaking.

Because of the way in which they are made, motorcycles rely heavily on wheels to send the right message across. After all, the two elements are very in-your-face on bikes, and the wrong choice can break a project.

Thunderbike, a German custom garage that has been in the market of customizing Harley-Davidson motorcycles for close to three decades, knows this. We’ve featured them countless times, and in most cases the Germans nailed the wheel choice.

In the case of this build here, wheels were the defining element. They are, in fact, so important that the entire finished build, based on a Street Bob, was christened Big Spoke.

Big Spoke is the name of a massive wheel Thunderbike makes in house. It comes in two sizes, 17- and 21-inches, and three width measurements, from 2.15 inches to 3.5 inches. Its defining trait: the large number of spokes that make up the design, and play a big part in the price of the part: 1,723 euros ($2,061 at today’s rates) is how much the shop is asking for one.

The wheels were not, of course, the only changes made to the Street Bob. Its stance is different not only because of them, but also thanks to the use of an air ride suspension system and a forward control kit. There are visual enhancements as well, such as the new mirrors, handlebar, point cover and front fender, or the seat.

According to our calculations (Thunderbike usually does not say how much its builds cost) the changes on the Big Spoke cost over 5,000 euros (close to $6,000 at today’s exchange rates).