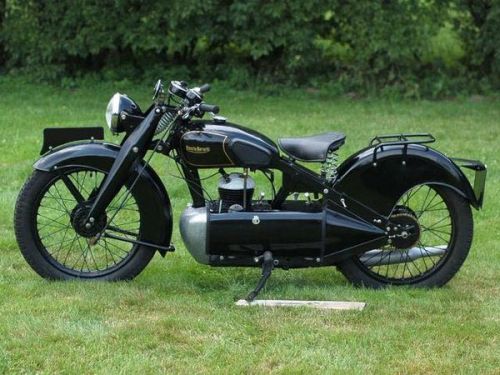 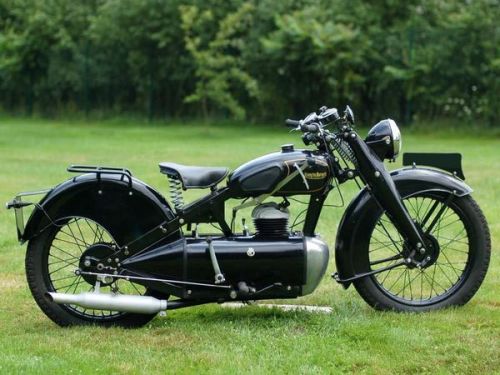 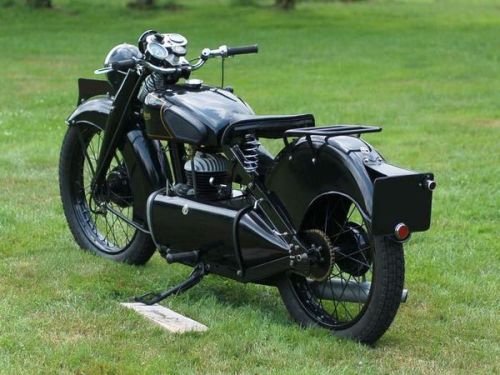 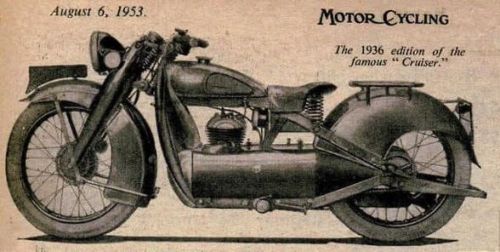 Francis Barnett 19381938 Francis-Barnett Cruiser 45. The 250 cc Cruiser (1932-1940), designed by Bill King, was one of the first motorcycles to have a faired engine, protecting the rider from oil and dirt. The first version of Cruiser (Cruiser 32) was introduced in 1932 with a pressed steel frame, deeply valanced mudguards and the mechanical bits hidden behind panels. It was designed to be easy to keep clean and with integral legshields the rider kept clean and quite dry as well. 250cc Villiers engine had distinctive aluminium expansion box immediately in front of the engine fed by twin exhaust ports. It evolved to the model 39 in 1934 and this was joined by the model 45 in 1936. Model 39 and model 45 continued in production until 1940. Outwardly all these models looked very similar. The differences were mostly under the panelling.

The model 39 used a deflector type Mark 14A 250cc Villiers engine with automatic lubrication (though petroil was an option), coil ignition was powered by a Miller 36w dynamo. Gearbox was a hand change Albion 4 speed type. The model 45 used the Mark 17A Villiers until 1939, and later Mark 18A. Both 17A & 18A are flat top piston 2-strokes using petroil lubrication. From about 1938 model 45s had a foot change gearbox. This necessitated moving the rear brake lever to the lh side and fitting a cross-over shaft. One other interesting feature shared by all Cruisers is the quickly detachable kick-start lever. This is needed to allow the rh side panel to be removed. It uses an ingenious spring loaded cotter pin which is pushed and twisted to release/lock the lever to the shaft. Also an easy way to lose the k/s if not done correctly.