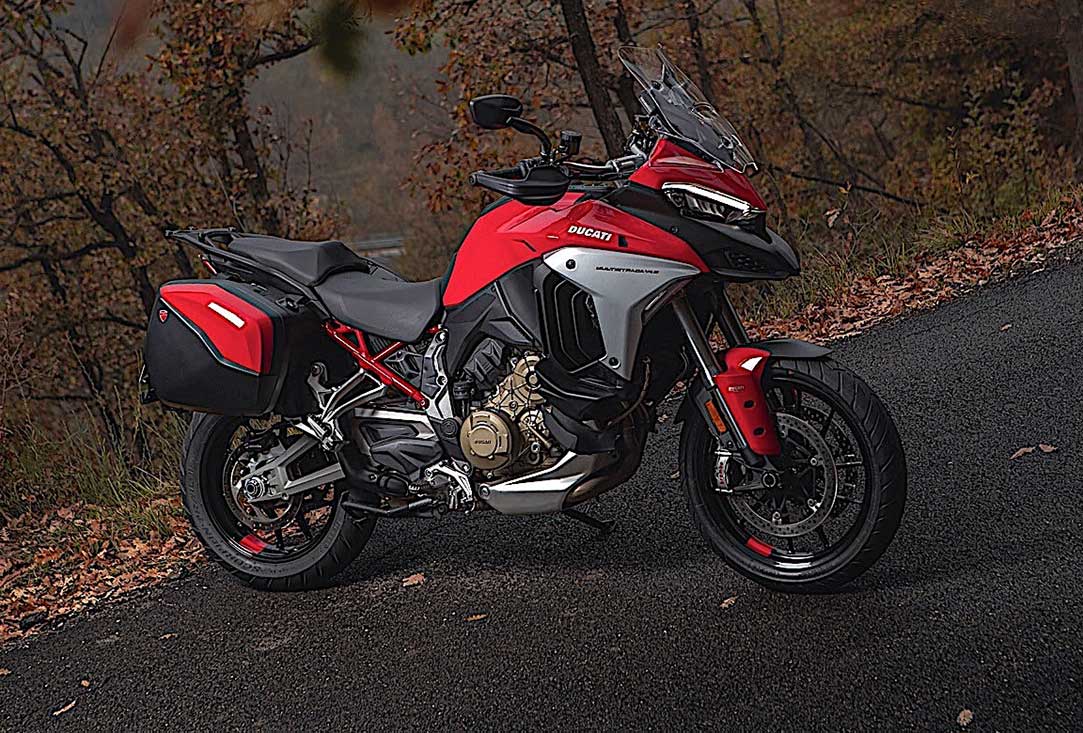 Zero to 5,000 in just six months. It is the achievement of Italian bike maker Ducati’s Multistrada V4, which in just half a year managed to convince 5,000 riders it is the right choice for them.

Ducati announced the milestone this week, with the 5,000th two-wheeler ever made in the family ordered by a German rider from Ingolstadt. The bike is a fully-loaded V4 S Sport and was accompanied in the rider’s garage by a “sculptural reproduction” of the bike and a “personal letter certifying the motorcycle’s serial number.”

The V4 was presented by the Italians in November last year, and it is currently available in three versions, the V4, V4S, and V4 S Sport, all described as the most advanced of their kind ever. The most potent of them all can easily go in the high $20,000s (exact pricing is available upon request at dealers).

But it is not only the engine that makes the bike special. The V4 is presently the first production motorcycle equipped with both a front and a rear radar, working together with the Adaptive Cruise Control (AAC) technology.

Only a limited range of colors is available for the bike, going from the Ducati Red of the entry-level to the “particularly aggressive dedicated livery“ of the S Sport. This one also gets an Akrapovic exhaust and carbon front mudguard.

The exhaust system is made of stainless steel and was designed to bring the motorcycle’s weight down by 5 kg (11 pounds) and increase the engine’s power output to 174 hp and 133 Nm (98 lb-ft) of torque.