Skip to content
BikerShootMarch 25, 2021BlogLeave a Comment on Barre Harley-Davidson Dealer Will Give Free Motorcycles to Those in Need 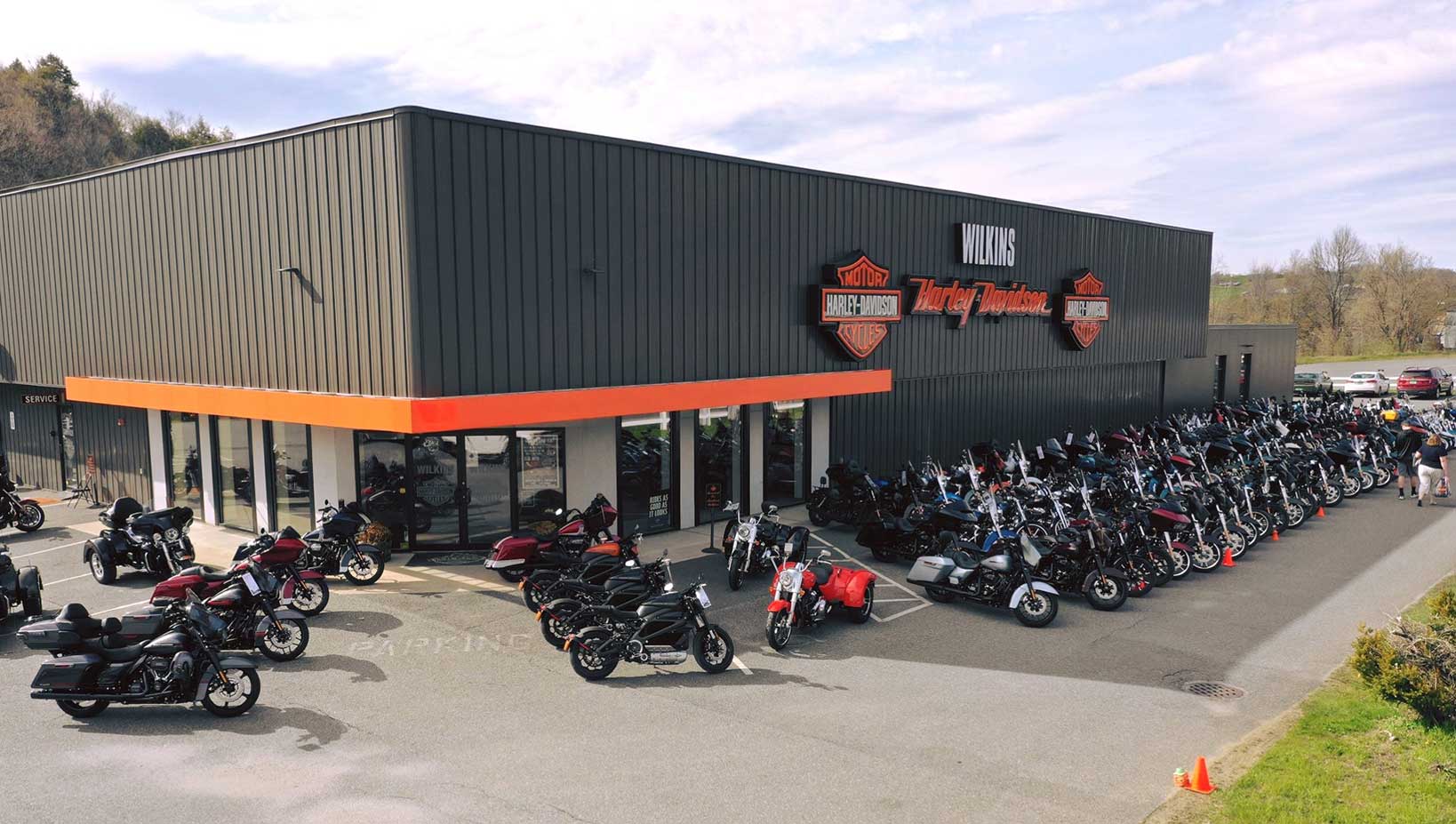 by Sasha Goldstein from https://www.sevendaysvt.com

Last year, as people looked for new ways to enjoy the outdoors, the folks at Wilkins Harley-Davidson in Barre saw dozens of would-be riders stream through its doors.

All had a common goal: to hop on a motorcycle and escape.

“Motorcycles provide a kind of release and a way to get away from our troubles and anxieties,” said Mark Frano, the dealership’s customer experience manager. “There’s a fair amount of people who could probably use that release but don’t have the means to get on a $20,000 Harley-Davidson motorcycle.”

Intent to spread the joy of riding, the dealership came up with the Freedom for All Project. For every 50 bikes it sells this year, Wilkins will provide a free one to someone in need. The dealership is taking applications from people in northern New York, Vermont and New Hampshire who can “describe why they feel like they’re a candidate for this program,” Frano said.

“It’s definitely resonated with folks who just can’t make this happen on their own,” he added.

New riders are encouraged to apply. If chosen, they’ll be trained to ride safely at the dealership’s riding academy, which allows people to get a motorcycle endorsement on their driver’s license.

Frano said it’s a way of giving back, something the company has done since it opened its doors in 1947. Founder Harry Wilkins used to run the shop out of his Barre garage and provide free sandwiches to riders who showed up, often from distant towns. In honor of that tradition, the dealership holds a “bologna sandwich Saturday” each year, Frano said.

Giving away motorcycles adds up to a lot of bologna sandwiches. Frano estimated that the dealership sells about 300 bikes a year, meaning it would give away six in 2021. While the company traditionally participates in philanthropic efforts, such as donating money and sponsoring events, this is different, Frano said.

“This is a really personal thing for us, because it’s what we do; it’s what we love,” he said. “Hopefully it does what we’re hoping for, which is to give people a chance to get away from it all.”