In 2007 Buell Motorcycles announced the release of the first model in their range that wasn’t powered by a Harley Davidson engine. It was the Buell 1125R and sitting within its unique chassis was a Rotax Helicon v-twin powerplant. Whether it was pure coincidence or Erik’s sixth sense, the creation of the 1125R turned out to be a very good thing. Two short years after its release Harley shut down the Buell Motorcycles brand. This forced Erik to relaunch his company under the title of Erik Buell Racing. After the split, Erik needed a non-Harley powered motorcycle to spearhead his new venture and his 1125R was the perfect solution. 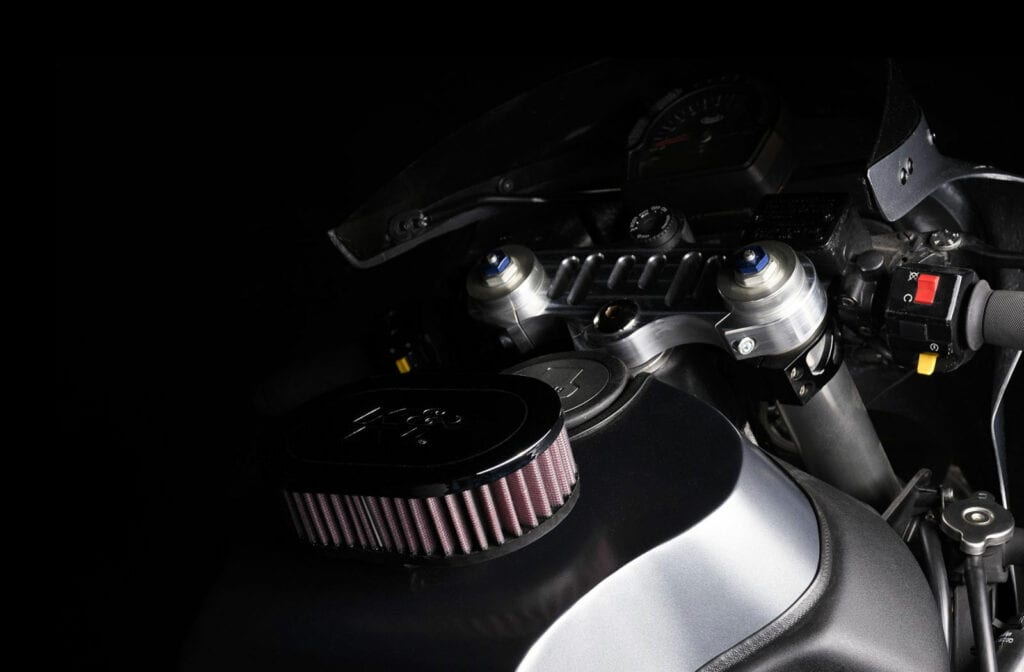 In late 2009 Erik Buell Racing began offering customers race-spec versions of the 1125R. The liquid-cooled 72° layout of the Rotax v-twin offered several benefits over the air-cooled 45° Harley engine. The engine was more powerful and efficient producing around 127 bhp and 96 Nm of torque at the rear wheel. Independent testing also proved that the bike was capable of rocketing over the quarter-mile in a respectable 10.5 seconds.

The 1125R also had several unique design features that Erik Buell introduced to the world of motorcycles. These included the bikes unconventional inverted disk 8 piston front brakes, a fuel in frame chassis design and an exhaust system that was hung beneath the engine. These features combined to centralise the mass of the bike for superior handling. 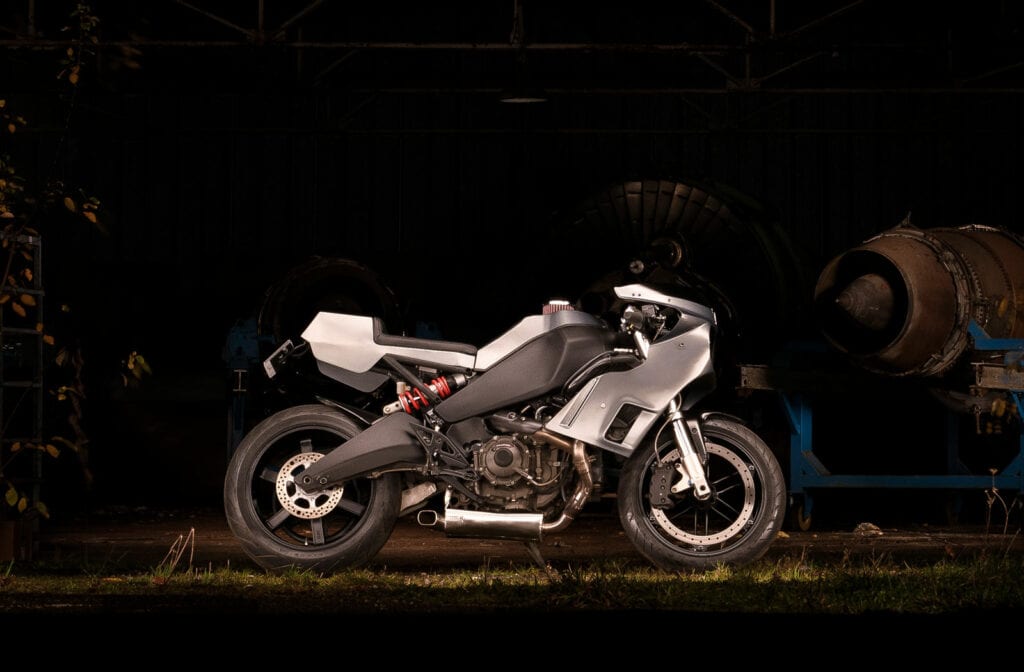 One aspect of the Buell 1125R that was criticised though was its styling. The half-fairing design was nothing like the popular fully-faired sports bikes coming out of Japan at the time and the press weren’t kind. Additionally, a pair of bulging air scoops on either side of the frame raised plenty of eyebrows. Ten years later the 1125R styling still manages to divide opinions.

We’ve only seen a handful of  Buell 1125R custom builds that have really impressed. Take for instance the Magpul Ronin series that saw the bike modified to an almost unrecognisable state. This custom 1125R by French workshop LYS Motorcycles hasn’t undergone quite the level of customisation as the Ronin. Despite this, LYS frontman Dimitri has managed to reimagine the 1125R with impressive results. 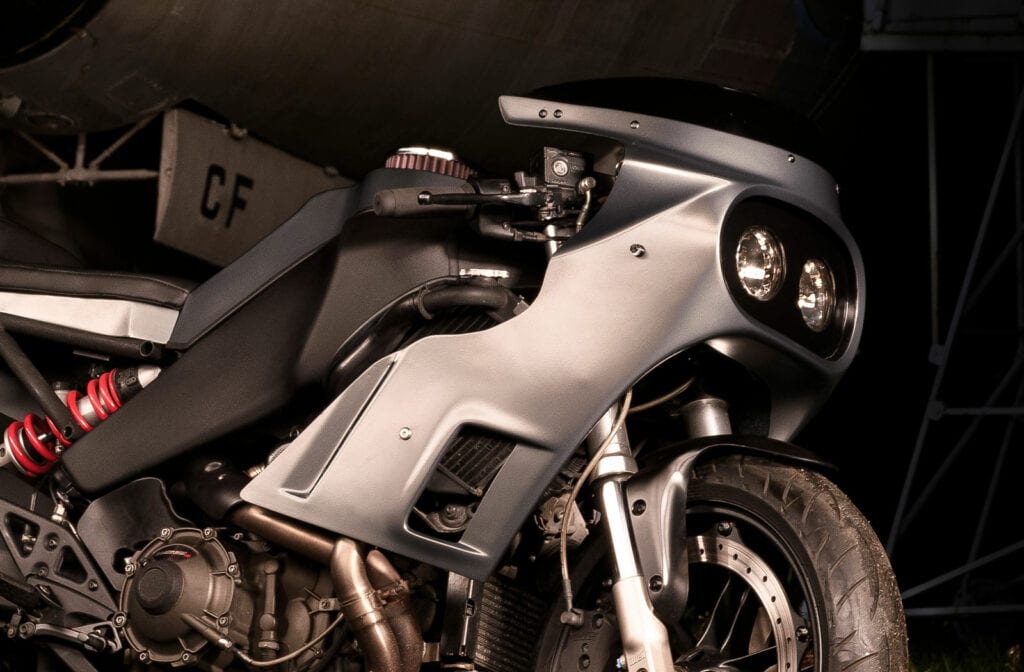 “I built this bike just for fun to try to do something old school with an (ugly) modern bike,” says Dimitri. “The bike was completely stock and I decided to turn it into a mix of muscle car and Mad Max styles.”

Unlike his Honda CBX1000 Cafe Racer project, the LYS 1125R has a distinctly ’80s feel about it. This is mainly due to Dimitri’s choice of donor for the bodywork. Mounted to the pointy end of the Buell is a modified ’87 Suzuki GSX750 fairing. To feed the Buell’s twin radiators with ample air Dimitri has added wide, muscle car style air scoops to the lower half of the fairing. During the install, he also seamlessly joined 2 previously separate panels of the GSX fairing, installed twin aftermarket headlamps, added a trimmed down smoked windscreen and installed tiny Motogadget M-blaze pin turn signals. 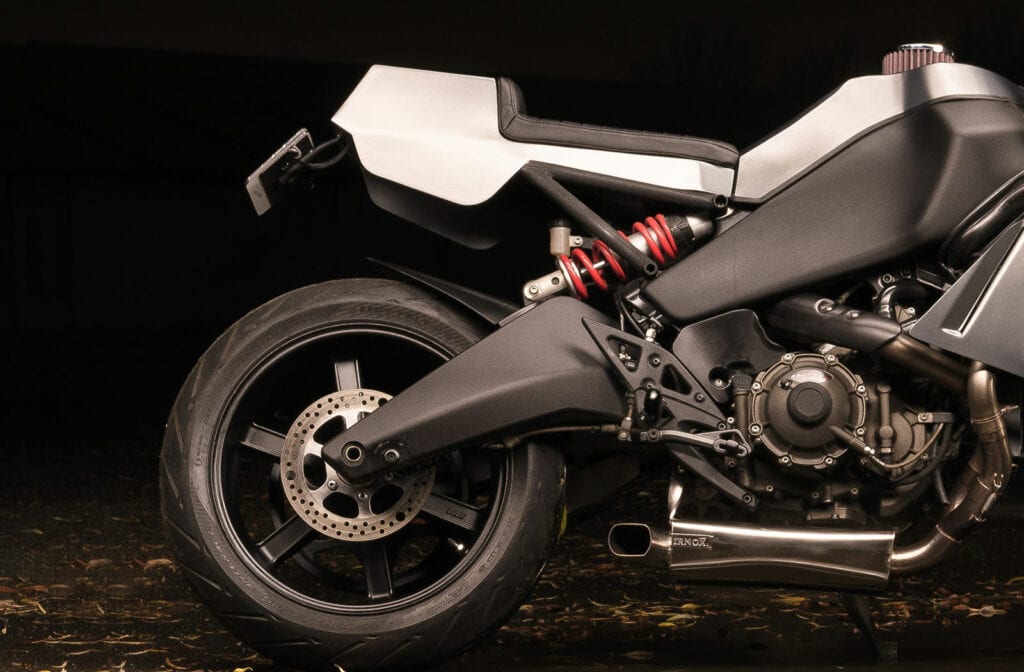 At the rear of this Buell 1125R sits a custom made steel tail unit that is again ’80s sportbike inspired. Then where the bikes fuel tank/airbox cover once sat is a one-off cover inspired by muscle car design. “The ‘gas tank’ is homemade,” says Dimitri. “It was a big job making the custom box fit. It is a 2 in 1 design that allowed me to mount the K&N filter on top of the unit.”

Holding everything in place are custom made brackets that have allowed the bodywork to be installed without resorting to modifying the chassis. This means that the entire build can be reversed to return the bike to stock, something that’s well worth doing considering the 1125R will undoubtedly one day be a collector’s item. 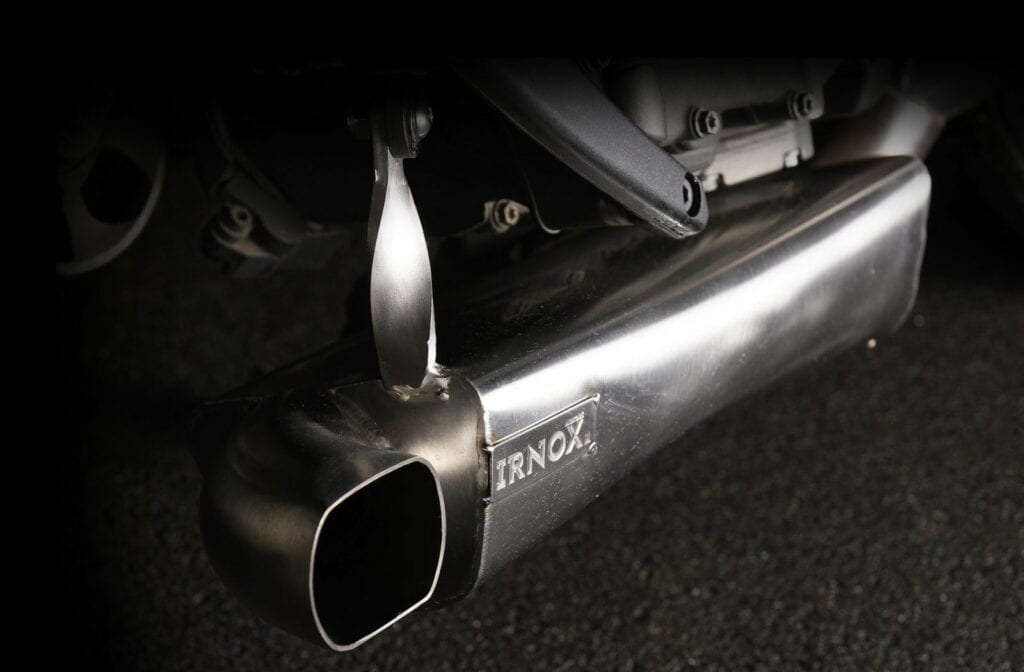 “The frame, forks, wheels and swingarm are all stock. In fact, they’re the only visible parts that I liked of the stock Buell 1125!” says Dimitri. Additional changes performed during the Buell’s aesthetic overhaul include the installation of a billet top clamp by USVracing. This allowed Dimitri to lower the front end and fit clip-on handlebars.  The bodywork has been finished in a flat Mercedes AMG GTR grey while the frame and other components wear a lightly textures satin black. For upholstery, Dimitri had his go-to leatherworker, AdC Sellerie, cover the saddle using a design inspired by the original Ford Mustang and ’80s superbikes. 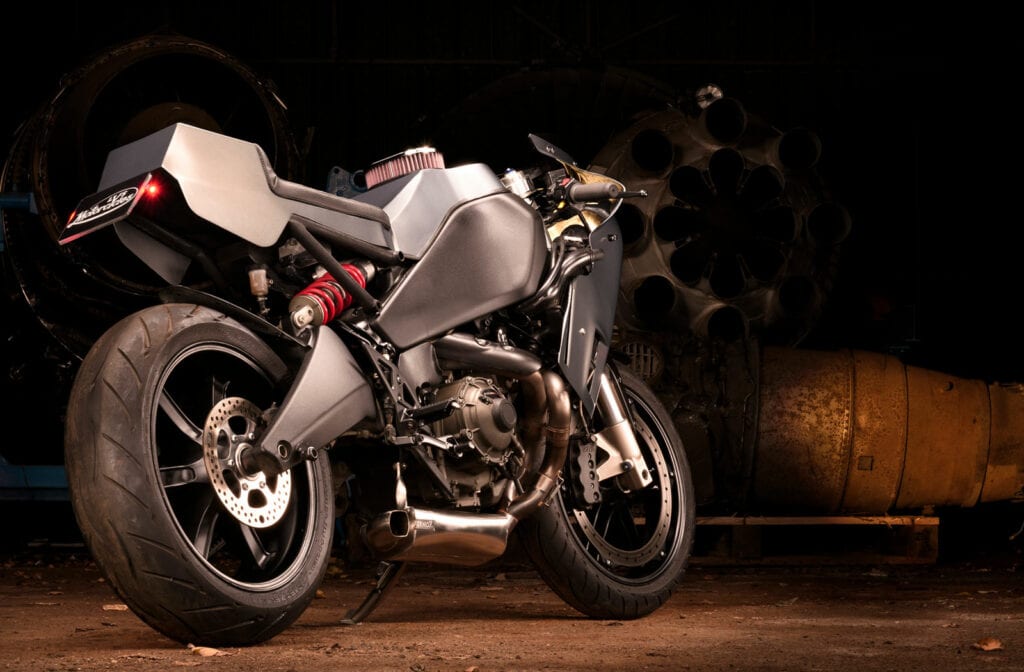 As for engine modifications, Dimitri was pretty much content with the 1125R’s stock performance. So rather than any serious modifications he’s limited the changes to a custom exhaust system by IRNOX motors and an ECU tune to optimise fueling.

With the throttle wide open and that air cleaner threatening to suck your heart out of your chest, it’s fair to say that riding this beast would be an exhilarating experience. 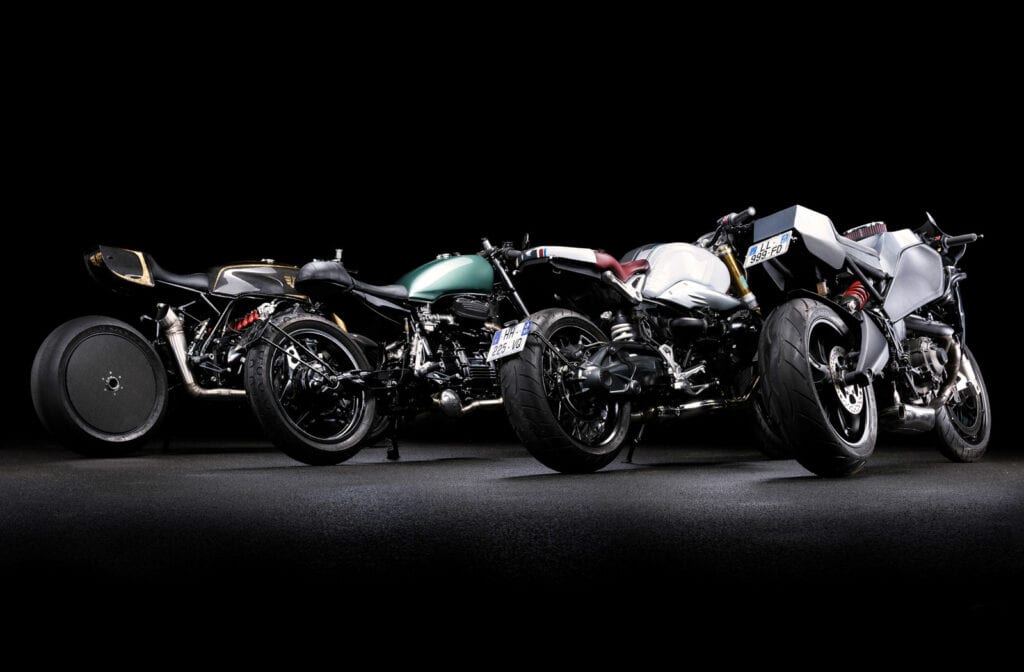