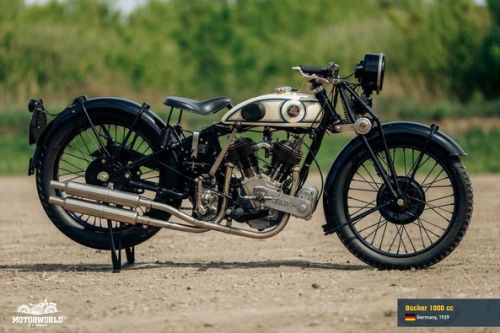 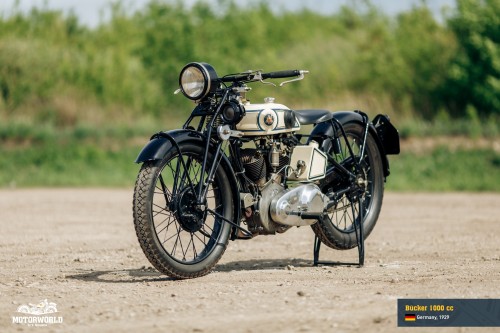 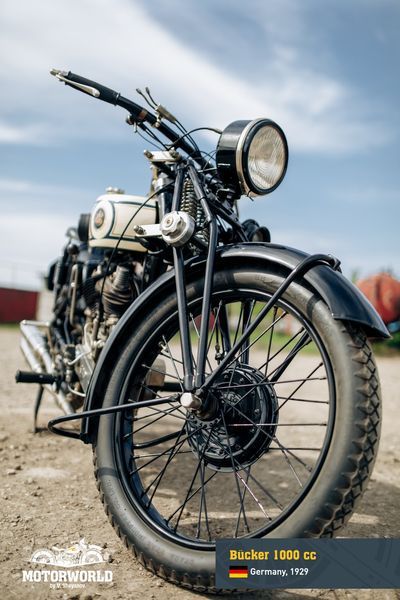 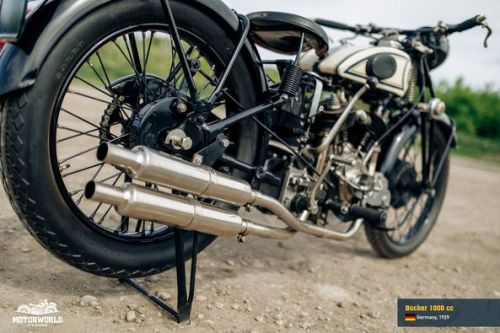 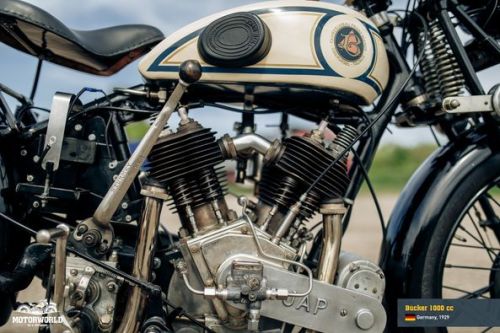 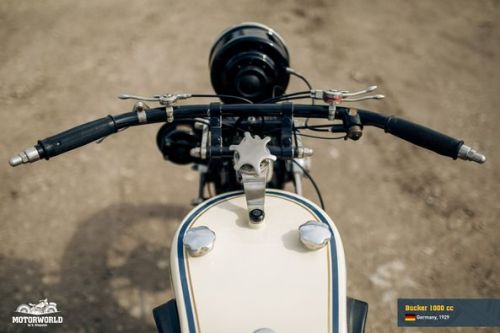 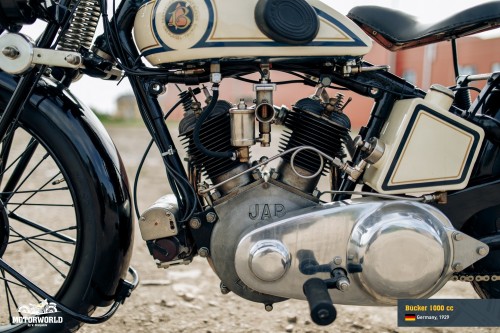 1929 Büсker 1000 cc | Germany The production of Bücker motorcycles with a 1000-cc V-twin English JAP began in the 1930s. The engine produced 22 HP! For comparison, the German Horex S8 with its own-made engine, considered a very prestigious racing machine, provided a productivity of 30 HP at 5000 rpm.

The maximum speed of the motorcycle exceeded 100 mph. The man who wanted to accelerate to such speeds, either was not afraid of death, or in the depths of his soul desired it – tires and brakes in the 30s were not designed for such speeds.In fact, it was one of the three fastest motorcycles in the world: The “pride of Britain” – Brough Superior SS100 – took the first place, and the second one was shared by the Bucker 1000 and the Tornax III motorcycle.